The Best Places for Tiger Safari in Karnataka

Karnataka has some of the most magnificent forests, with a rich diversity of flora and fauna. Most of the forests are situated in the Western and Eastern Ghats, the mega biodiversity hotspots of the world, and support a good population of endangered and vulnerable species. The jungles are home to tigers, elephants, gaurs, sloth bears, dholes, jackals etc.

With a count of 524, Karnataka ranks second in the country and accounts for 20% of the total tiger population. The jungles of Karnataka are among the best places to spot tigers.

Thrill of the chase..!

The 5 tiger reserves of the state – Bandipur, Nagarahole, BRT Tiger Reserve, Bhadra Tiger Reserve and Kali Tiger Reserve are a haven for nature lovers and photographers. They are the best places to see the elusive big cat in all its glory – free and magnificent! Enjoy the thrill of the chase in these jungles!

Bandipur Tiger Reserve is located in the neighbouring landscape spread across the districts of Mysore and Chamarajanagar. It is a unique body of land located at the tri-junction area of the states of Karnataka, Tamil Nadu and Kerala. The Bandipur Tiger Reserve, along with Nagarahole, Mudumalai, Sathyamangalam & Wayanad landscape constitutes the source population in the Western Ghats landscape. It is home to the single largest wild population of tigers in the world.

The National Park is named after a small river, Nagara Holey (Snake Stream in Kannada) that winds through the park, before joining Kabini. It is situated in the Karnataka districts of Mysore and Kodagu, and adjoins the state of Kerala. Blessed with diverse geographical features, the park supports a great abundance of varied plant and animal species, making it a veritable paradise for wildlife. Nagarahole-Madumalai-Bandipur-Wayanad tiger conservation landscape complex alone has an estimated tiger population of about 382 tigers out of the estimated 524 tigers in Karnataka and is also home to the single largest Asian elephant population in the world!

Bhadra Tiger Reserve is situated in the midst of Western Ghat regions of Chikmagalur and Shimoga districts. The sanctuary is a part of Sahyadri hill ranges and constitutes a geographic barrier between the coastal areas and the hinterland. The area consists of undulating terrains with valleys and steep hillocks – the altitude varies from 650 metres to 1875 meters! Bhadra Wildlife Sanctuary has magnificent landscapes and shola grassland biomes. It is a signpost of tropical biological richness. The sanctuary is home to an estimated population of 33 tigers.

The BiliGiri Rangana Hills, commonly called B R Hills, is a hill range situated in south-eastern Karnataka, at its border with Tamil Nadu. Being at the confluence of the Western Ghats and the Eastern Ghats, the Tiger Reserve is home to ecosystems that are unique to both the mountain ranges. The Tiger Reserve derives its name from BiliGiri (Kannada for whiterock hill) from the white rock face that constitutes the major hill, crowned with the temple of Lord Ranganathaswamy or from the white mist and the silver clouds that cover these hills for a greater part of the year. BRT tiger reserve landscape is one of the most promising tiger landscapes in the world. This is because it connects to the wider landscape of Sathyamangalam, Bandipur and Nagarahole tiger reserves and has a high concentration of large bodied mammals like gaur and sambar, the preferred choice of the apex predator. A tiger safari will surely take you on a thrilling ride amid the wild and lets you get up and close with nature. It is the best way to explore the park and sight the majestic animals in their natural habitat. Tiger safaris are usually available in the morning and evening hours – that is when the jungle is most alive. The safari tour usually lasts about an hour or more and is an incredible experience unlike any other.

Safari Quest is your gateway to the 5 sanctuaries surrounding Mysuru. Stay in the heart of Mysore and spend your days on trips into the forest with our expert in-house naturalist. Choose between Bandipur, Kabini, Nagarahole, BR Hills and Wayanad. Our wildlife focussed property and our naturalist team with their vast knowledge and experience will ensure that you have an exciting tiger safari! We customise itineraries and also ensure a best-of-both worlds experience. Enjoy the cultural city of Mysuru as well as the surrounding wildlife safaris with Safari Quest.

A Foodies’ Guide to Mysore 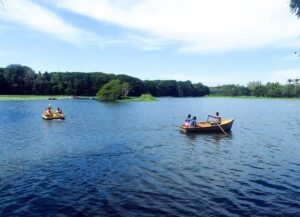 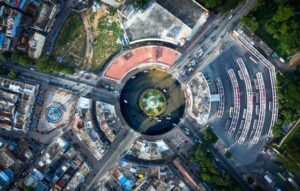 Bored of Bangalore? Leave the city behind in less than 3 hours 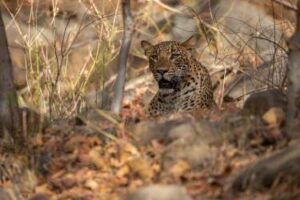 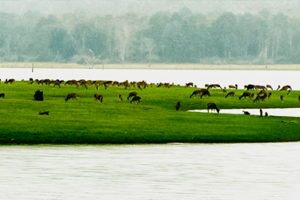 Mysore to Kabini – A Wildlife Adventure 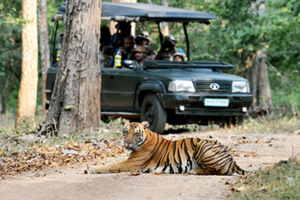 The Best Places for Tiger Safari in Karnataka 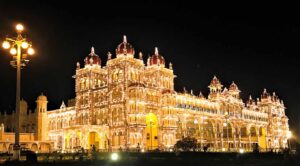 7 Best Places to Visit in Mysuru 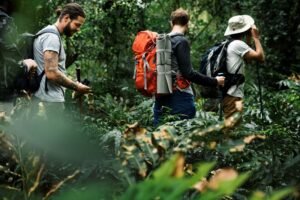 Wildlife Adventure on a Weekend? Why Not? 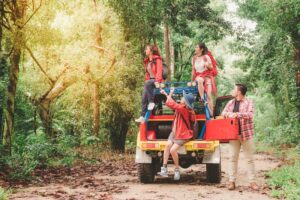 Wildlife Safari 101: Everything You Need To Know 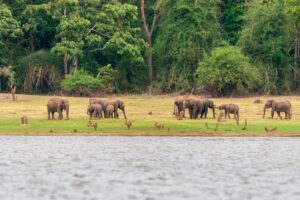 5 Tips For A Great Jungle Safari In Karnataka